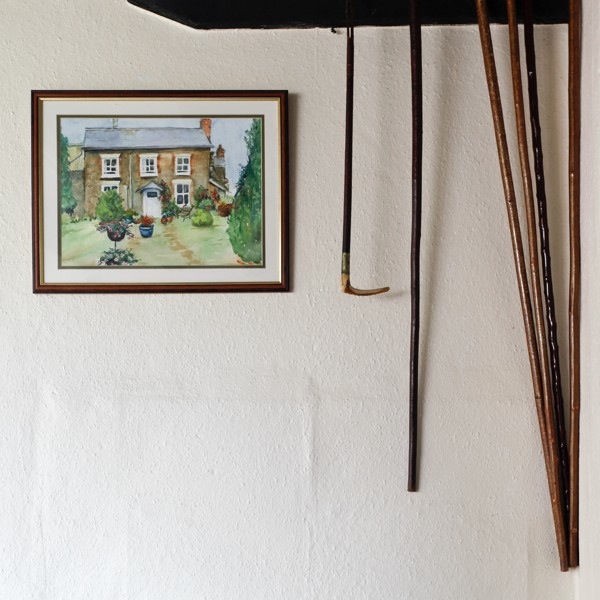 Painting of Menalls farm on the kitchen wall

The end of an era for the Lloyd Family at Menalls Farm in Kimbolton. Following the sad passing away of their father, Derek, twins Steve and Sue Lloyd move the sheep across the farm for the last time. The next day they were due to be taken to market as the rented farm was being vacated. The household items were being boxed up and moved on either to one of the three siblings, friends, to the sale room or to charity. Derek’s new tractor was being sold and the last of his sheep dogs that he had bred and trained was being given away to a neighbour who would look after it and work him. 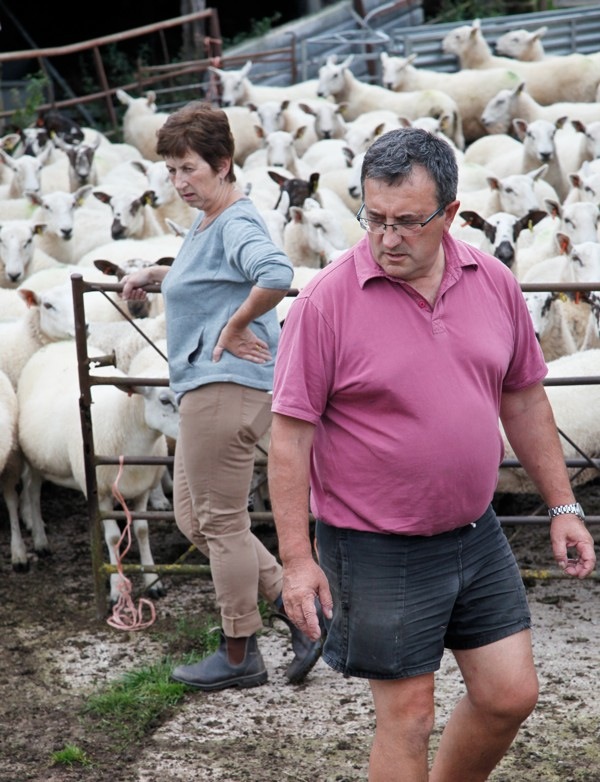 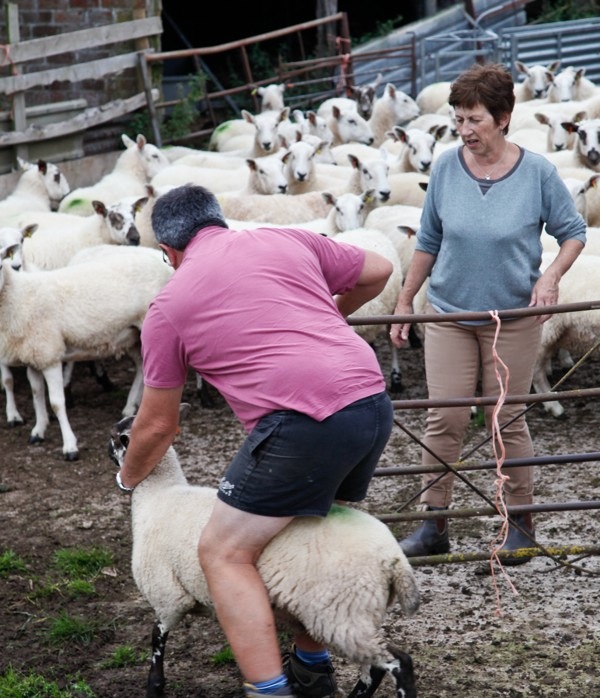 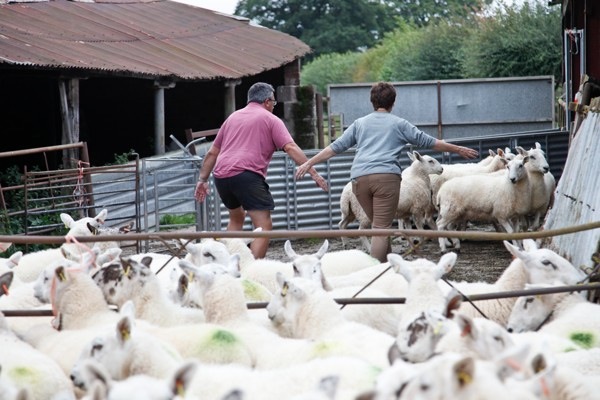 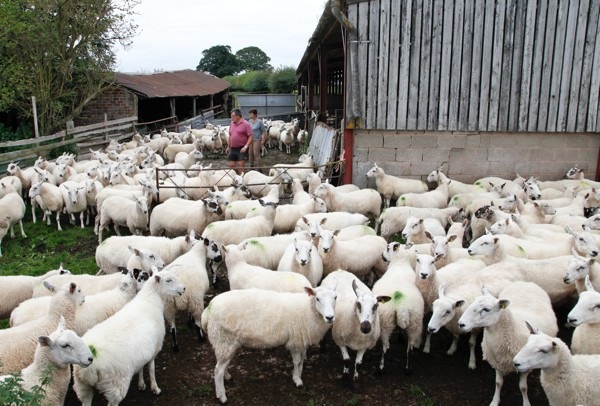 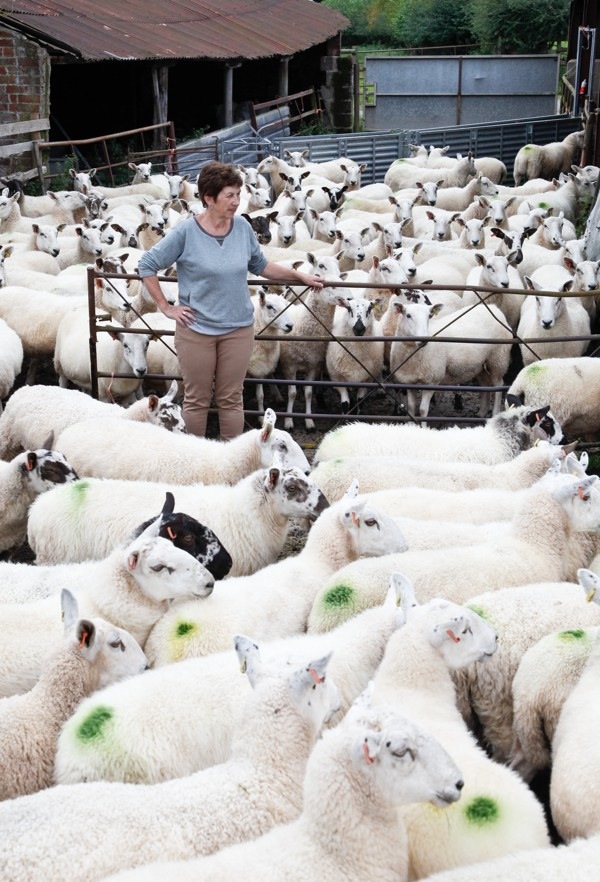 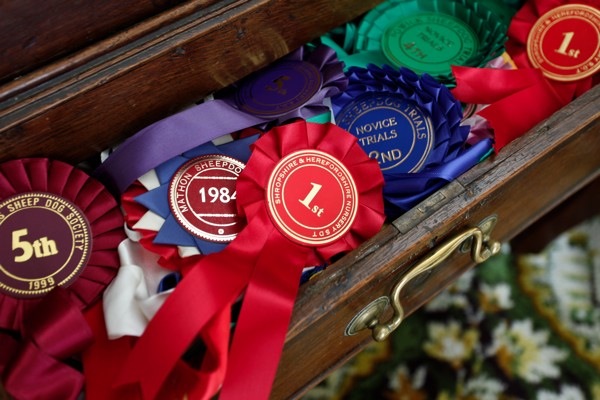