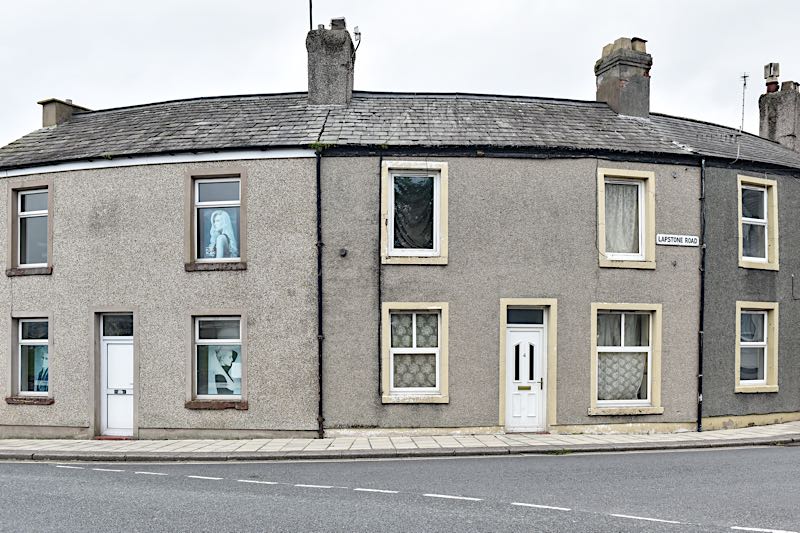 “Throughout its history, the town has struggled with socio-economic problems, especially after the Industrial Revolution, thus being infamously called by the Mayor of Copeland, ‘a place of despair’.”

(This is from Wikipedia, however  quote makes me uncomfortable and I’m sure the folk of the town will disagree with it!)

The name ‘Millom’ is Cumbrian dialect for ‘At the mills’ (according to the ‘Readers Digest Atlas of the British Isles’).

Before the discovery of iron ore at Hodbarrow, Millom was just a few villages and farms. After the discovery, in 1855, Millom became a prosperous town with a population of more than 10,000. Little evidence remains of that iron and steel activity, although it was amongst the largest industrial sites of its type in the world.

During the 1800’s the rapid growth of the haematite ore mines meant a huge influx of workers descended on the area, and Millom’s population ballooned. Millom became one of the busiest industrial sites in Britain, and briefly, in the world.

Millom is different from many Lake District towns that cater to tourists. There are few gift shops, and the town is far enough off the beaten track that it avoids the crowds that can descend on many of the Lake District’s most popular destinations. (Source: Britain Express)